The second phase Microcatheter (1980s to early 21st century) was the emergence of early interventional microcatheters, with the development of the Magic microcatheter and Tracker microcatheter in France and the United States since the 1980s, which had a progressively thinner front end and could be bent at will, and the advent of digital subtraction X-ray machines, which made microcatheter technology move even further forward .

Microcatheter technology can be roughly divided into three stages. The first stage Microcatheter is the infancy of microcatheter endovascular technology, which was first pioneered by Professor Djindjian in France in the late 1960s and early 1970s with super-selective angiography of the external carotid artery and selective spinal angiography.

The third phase Microcatheter (after 2005) was the booming period of coronary microcatheterization, where the flexibility of guidewires, the application and enhancement of microcatheters, and the development of surgical strategies became the new direction of CTO-PCI. In 2005, Prof. Ge Junbo made a preliminary attempt to reverse intervention for CTO in a TCT broadcast. The case was a CTO lesion at the LM bifurcation with good collateral circulation from the RCA to the left crown. The guidewire was unable to pass through the lesion during the forward intervention. Finally, the Runthrough guidewire was reverse fed from the RCA to the LCX, followed by the successful completion of the antegrade guidewire and reverse guidewire Kissing wire. data from a study presented at TCT 2009 showed that the development of reverse technology has greatly improved the success rate of CTO procedures Microcatheter . 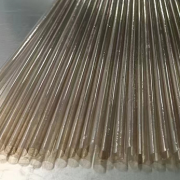 Who are the Microcatheter Market and Manufacturers in China?

Who are the Microcatheter Market and Manufacturers in China?
Scroll to top